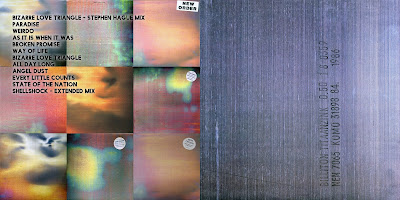 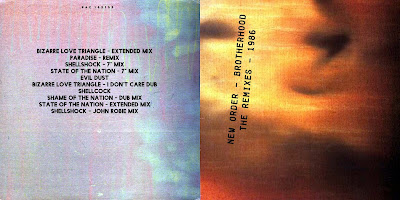 Not really one of my favorite albums of NO, better than PC&L, but not as good as the rest of the 80s albums.  But, lightyears better than any of the 90s or 00s material.  I was never a fan of BLT until I heard the Stephen Hague mix, and State of the Nation was a little different...  Listen to me bitch about it, but still I post it!

Positive sides - It's become apparent by this album that NO has defined and polished the sound that they would be known for in the 80s.  Very commercial, almost radio, the album had some very crafty tracks that impressed enough to now consider this group elder statesmen for the long term.  NO wasn't going anywhere but up.  I think it was this album, as well, that made the USA sit up and take notice...

I love the covers of the album and the singles, I truly do.  I've always been a fan of texture, and these guys hit it out of the park on this one.  Especially on the Shellshock single.  Very clever, very colorful, and when you thumbed through your 12" discs, you always had to pause at these to take a look.

I've generally posted albums or mix discs individually and separately so far, but I had to do both together on this one.  Some people are only familiar with the 12" mixes of some of the tracks, so I wanted to get it all in on this one.

I hope you enjoy.