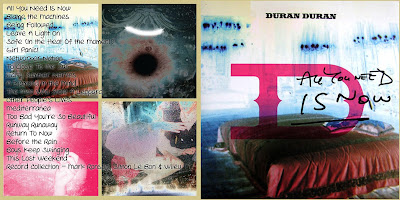 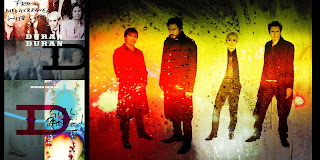 After the nightmare that was Red Carpet Massacre, I was somewhat afraid of what the boys were going to come up with on this album.  I cringed and winced when I heard the opening notes of AYNIN, wondering what the hell they were thinking with that wailing siren noise, and Simon shouting.  I figured they screwed the pooch again, and we'd have another bomb and fizzle and I just didn't know if I could take it any more.

But, the melody drifted into the chorus, and I took note.  I listened to a few more tracks, and nodded my head.  Yeah, I think this will do.

After collecting all the bonus tracks, b-sides, unreleased and whatnot, we have a full 80 minutes of new materiel, counting the Ronson track that Simon sings on.  You have a stud named Dominic Brown playing guitar like Andy never could.  You have some true 80s sounding tunes that really bring back the times when I was young.  Yeah, some of the songs are crap, but that's why we have the skip button.  But, for the most part, we have some real gems.  This is the best Duran album in 20 years....  and I'm actually sort of sad to say that.

I mixed the track listing all over the place, front to back.  I feel it's a very cohesive arrangement, and closing with Boys and Record Collection is really tight.   I used the variety of pics available to make a different front cover with the same typeface.  Also, so many cool graphics available, I had to actually make an inside cover.  So, once you print the cover, turn the paper over and reload it, and add the other graphic for the inside.  Line it up, I can't guarantee it will if your printer is shit.

Email ThisBlogThis!Share to TwitterShare to FacebookShare to Pinterest
Labels: 2009, All You Need Is Now, Duran Duran