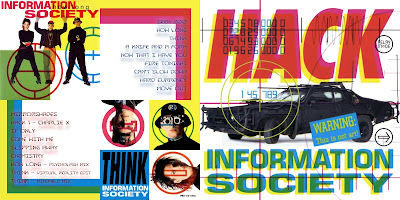 I really thought this group was a lot of fun in the beginning.  Their first two albums exuded this happy energy that was really enjoyable.  Plus, in a time when "New Wave Synth" was on it's way out, they were still able to be successful and make an impact.

I liked their first album better, but this had a concept proto-album feel that was borderline pre-industrial.  Not quite, but a feeling.  Of course the singles on the album had those traditional InSoc pop hooks, and the bits weren't horrible.

I have included a few of the remixes from this album, there were quite a few, but they weren't really that hot.  I hate to be the judge and jury on it, but I only included the ones I really liked.  I guess I could still make a remix disc later on...