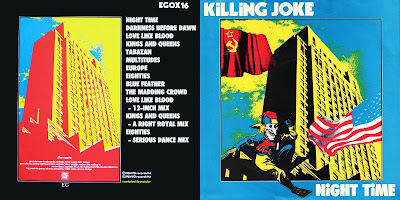 By FAR one of the most under-rated albums of the 80s.  Killing Joke simply kicks ass.  Not much more to say than that.

I always hated the original album cover.  It didn't fit the sound of the album, and that's a big deal to me.  The album art should compliment the music on the inside.  Therefore, I pulled the Eighties single picture sleeve for the artwork.  Much better.

Then, I plugged the b-sides and the mixes after the album tracks.