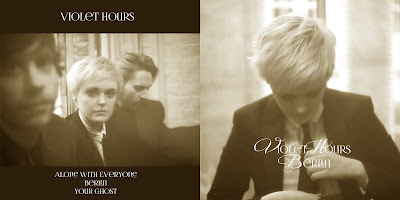 Part of my psychosis is the endless search for that missing piece.  That part of your soul, the hole in your heart, the one little piece that will make everything alright, and end the search, end the quest.  Many people search for it for years, decades, their entire life.  Some find it, some do not.

When I mentioned in my Horrors post that they were the last great Post Punk band (according to me), I wanted to actually say the Violet Hours were.  I'm not quite sure how I found out about this band, but once I did, I was smitten.  They were my missing piece.  They were that little hidden golden gem that was waiting to be uncovered.

I grabbed these three tracks and I hold them high with joy.  These are PURE pop.  These songs ooze angst.  These songs Jangle, these songs Post, they C86 all over the place.  I can listen to these three songs on repeat over and over and over and over ad nauseam.  I am in love and there's no denying it.  Their instrumentation is spot on, creative, addictive and harmonious.  Her vocals are seductive, innocent, and mournful.  Their image is classic, like a psuedo-Joy Division.  That one guy on the end even looks a little like Peter Hook.

But, alas, these three tracks are it.  They came out sporadically in 2013 with no fanfare.  Their Facebook Page has less than 400 followers.  They put on a few shows (what songs are they playing, they only have three) made a few posts, and that was it.  Now, nothing has been said since late 2014....

But, I will always remember these three songs as the piece- and the peace- that I had been looking for.  Whenever I feel that longing, that emptiness, I play these three little songs... 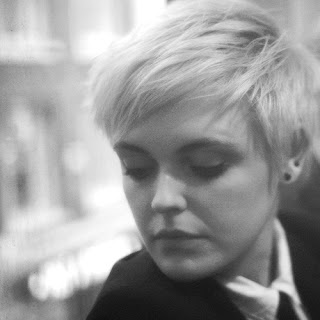