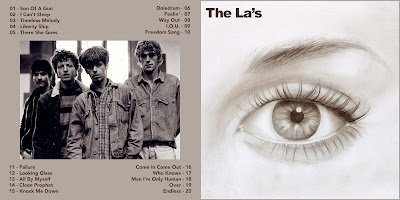 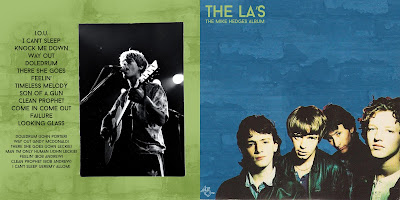 When I think about the La's, I can't help but feel a saddened sense of loss.  A sense of things that could've been and never did.  A feeling of regret.

Those who know the story of Lee Mavers and the La's will probably understand, and you won't understand unless you do know.  There's a difference between a one-off, one-hit wonder, talentless hack in-it-for-the-money band.  Yes, release an album and be gone with you.  But, then there's people like Lee Mavers, a true musical artisan, and stories of disenchantment, dreams lost, and disappointment.

One can only wonder what the nineties musical landscape would've looked like if Mavers and the La's had kept it going. Would there have been an Oasis?  Would Britrock be bigger, lesser, the same?  Who knows.  All I know is I have roughly two dozen tracks to remind me that once there was a great songwriter that fame left behind.

This post has all the b-sides and demos, obviously has the alternate album material from Hedges and the rest.  Never cared for the eye cover so I changed it up.  And dressed up the drab wall on the single cover.  For the most part, I'm pretty sure this is going to be the same as the deluxe edition, so really nothing new, unless you don't have it yet.

Best are Son Of A Gun, Liberty Ship, Doledrum and Feelin'.  All time best top of the rocks never better are There She Goes and Timeless Melody....

Email ThisBlogThis!Share to TwitterShare to FacebookShare to Pinterest
Labels: 1990, The La's