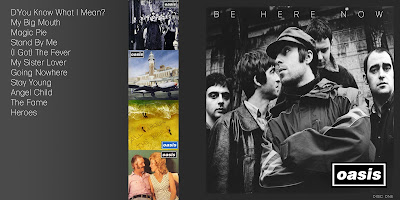 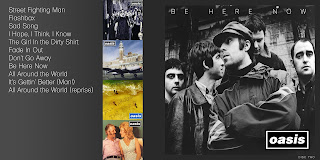 In the nineties, these bastards could do no wrong.  Yeah, Whatever was good, but once Morning Glory smacked me square in the face, I was hooked.  Every song, every chorus, every title, every note, seemed to be written from my own soul.  It's as if these scruffy British chaps had a magnifying glass into my own heart, and could read the lines of my life.

Yes, Morning Glory, to me, was their best, but Be Here Now is definitely their second best.  I love the fact that there was more material in the b-sides than there was in the actual album.  And every b-side was good enough to BE on the album as well.  I love their two cover songs, it's as if they were written expressly to be performed by them.  The singles are great, as always.  But, the best songs on the actual album were My Big Mouth (what a monster) and All Around the World.

After the live Familiar To Millions album, I felt as if the band started to lose it's touch.  The songs weren't so shiny, the melodies forgettable, and their image less impressive.

But this one was a beauty.

Email ThisBlogThis!Share to TwitterShare to FacebookShare to Pinterest
Labels: 1997, Be Here Now, Oasis