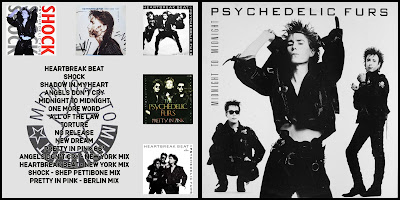 No personal accounts on this album, but by the time this one came out, the Furs were knee-deep in sell-out.  Everything was a pop-hook written for radio, trying too hard, and you could tell.  Throw in that they had to re-record Pretty In Pink for a movie, and you've got a band bound for mediocrity.

I really like most of the tracks on this album, and I had fun assembling this somewhat comprehensive set, but it was with a sense of forlorn condemnation, as I knew that by the time Book of Days came out, their better days would be behind them.  It was fun while it lasted.