Bassomatic - Set the Controls For the Heart of the Bass - 1990 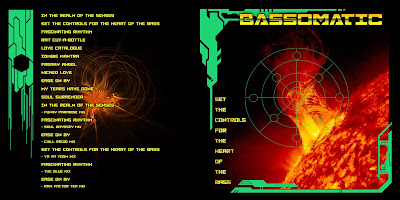 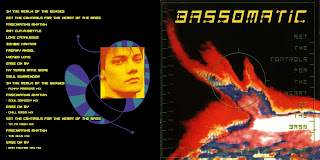 I've always been a fan of William Orbit.  Every single I used to buy in the 90s and early 2000s, I used to check the track listing mixes to see if I could spot his name.  I knew that if Orbit popped up anywhere on the sleeve, I was bound to hear another "favorite" song of mine, before I even heard it.  I even play a game with my wife whenever one of his mixes come on, and I ask her "Who did this remix?"  She sighs, "William Orbit..." and I say "How'd you guess?" and she says "you only ask me when it's a William Orbit mix."

Bassomatic is a trendy dance-pop project of his that allowed him to experiment with the Electronic/Techno music that was popular at the time, without directly tying it to his Strange Cargo brand.  The music is all traditional WO sound, but throw in some beats and an urban vocal track, and you've got it.

The album is pretty good, not as good as his Strange Cargo, or his Modern Style albums, or even as good as some of his mixes.  But, even WO's marginal stuff is better than most electronic artists out there.

I redesigned the cover, making it a little more modern and a little less dated.  But, it may be a little too up-to-date for some of you, so I made a cover using the original graphics as well.  Only one b-side, but plenty of mixes.  Not all the mixes are here, but, I put the ones on that matter.

Email ThisBlogThis!Share to TwitterShare to FacebookShare to Pinterest
Labels: 1990, Bassomatic