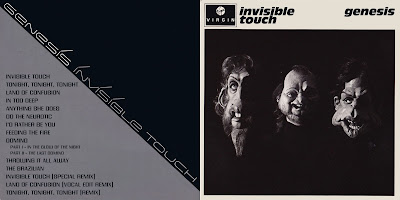 Yeah, back in their time in the seventies, they were what might be considered "alternative".  They were very artistic, and their vision went beyond the music.  All of their music is well crafted, and by the time the 80s rolled around they - and more importantly Phil Collins - had reached a level of expertise that demanded respect whether you liked their music or not.

Plus Phil Collins has a great voice and is a kick ass drummer and a songwriter extraordinaire.

And Land of Confusion is an awesome video.

So, we have album side 1, album side 1.5, album side 2, then remixes.  I want to pick my favorite song on the album, but they are all so very good, right up to and through the Brazilian (all time classic).  So, take your pick.  You won't find a bad one.