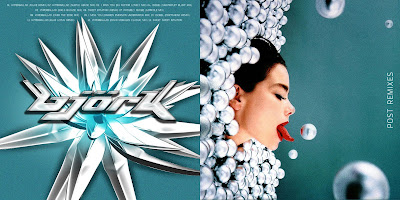 I felt like posting this last night, but I held off, hoping to save this one for when I came back, working on building my buffer again, and wanting to keep my "break" up so I would be 100% when I came back.  But, I woke up this morning and this is the first thing I thought about, so I felt compelled to bring you something new.

I had really enjoyed Debut when it came out, so I really had high hopes for the original album when I knew it was going to be released.  You can read about my thoughts on it here.  Although I did like the album, I wasn't 100% impressed.  That's okay, it was more for my fiance than anything.

This album had 187,943 remixes.  Of course I'm being facetious, but it did have an awful lot.  And the singles, not limited to one version, came out in twos and threes, with a host of variations between.  It made collecting them that much more exciting, and made Bjork a hell of a lot of money, I'm sure.  Quite alright.  I've always been about what's NOT on the album more than the album itself (hence, this blog.)  AND, I did enjoy (again, no pun intended) these singles immensely.

I only put my ultimate favorites on here.  I could have easily filled three discs, but a lot of the mixes were only marginally good.  And there was a fuckload of Army Of Me mixes that I just couldn't get into.  I mean, a Beastie Boys remix of Army Of Me?!  That's like bacon and ice cream, to quote Lou Reed.  It just don't work. There was a lot of good mixes, though, and I had to be selective on what I wanted on this mix so I could include them all, and still have it flow smoothly.

The cover I used for this compilation was actually supposed to be the original cover to Post.  The reason why they chose not to use it escapes me right now, but that's why we have Google.  Go look it up if you're interested.  I will say, upon making the cover for this, I felt that it captured more the feel of Debut than it did Post, so I figure in some sense they may have changed it to show some growth or separation from what she had previously done.

So, I'm planning on officially coming back on Friday, June 2nd, and I will be posting two great albums then, and another on Saturday the 3rd.  After that, I will be posting every Tuesday and Friday evenings, so you can mark your calendars.  For those of you in Europe, more than likely, you will be needing to check me out on Wednesday and Saturday mornings, unless you feel the need to be looking in on what I've put up at 2 or 3 in the morning.  If you choose to do that, maybe you should get some help because the shit ain't that good. 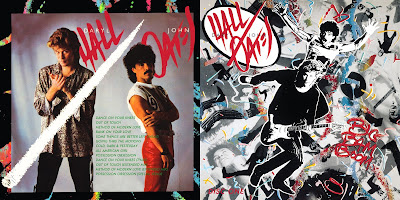 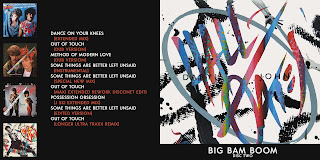 You have to know I'm just teasing you, playing with you, getting you all excited only to back off once again.  Or maybe I just think too highly of myself.  You decide.

I felt like posting today, so I'm posting what would have been my next post after my last, several weeks ago.  I feel it's somewhat appropriate for the situation, and a good, unique one-off post that should appeal to a broad swath of you.

A far departure from the sound and style they used to be, this is still the H&O that I remember from my childhood, with the exception of Maneater.  I still remember Maneater, but I didn't know it was them.  This one, I knew it was them, and at the time I thought it was awesome.  Now, it obviously seems dated, but the songwriting is great.  The pop hooks are still strong.  STABLU is still my favorite track from the album, and I listened to that one track about 10 times in a row while working on the cover.

The original "Deluxe" they released way back in the day only had three (maybe four?) additional remixes on it.  That's cool, but I want them all.  Unfortunately, they didn't have any new material from their b-sides, so mixes is all we have.  Plus, I have added a couple fan mixes that seem pretty good, too.

EDIT - A huge THANK YOU to Neil, who actually went a purchased a record, digitally ripped a track from vinyl, digitally cleaned the track, and sent it on to me, just to help complete this set.  You are awesome, Neil, and I really appreciate your help!!!!

I have to say, I hate that pic of Hall on the Method Of Modern Love picture sleeve.  He looks sort of like a hillbilly with acne or something.  It is not at all flattering of him.

Who knows when and if I will post again before June 1st.  In fact, I think I will be adjusting the date to June 5th, which would be a Monday, or maybe on June 2nd which is a Friday.  Not sure what I'm definitely going to do yet.  We will see....