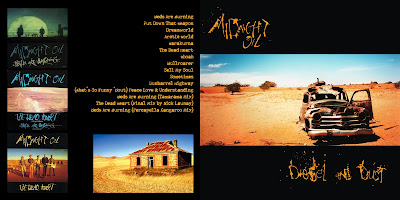 Again, another fabulous album from the spectacular year of 1987.  I feel that these guys rode the wave of Australian talent after INXS made it really huge here during their KICK era.

A lot of good tracks, a few b-sides, and the impossible Peace Love and Understanding.  The remixes aren't bad either.

So, why'd I change the photo on the front?  Because I could.  I just wanted something a little different than the house (Which, by the way, doesn't always look so beat up and run down.  You should see it in Spring.)