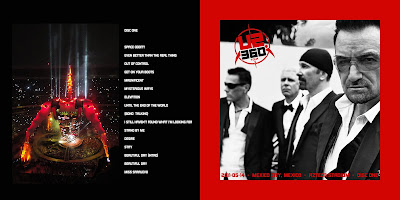 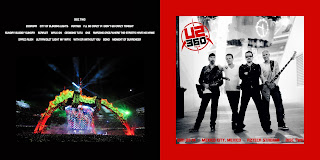 I know that there was a commercial release of this tour.  It's a great release, and has a lot of awesome shots, and the video for it kicks ass.  Yes, yes, I know.  But, there is so much more.  From what I understood of the tour, nearly every show was recorded through the soundboard.  Why?  I don't know.  I'll leave that for others to explain.  All I know, is that you can find over a dozen perfect soundboard recordings from this tour, and choosing just one is hard to do.  This one kicks ass....

I prefer actual bootleg recordings of concerts over commercial releases in a lot of cases.  The commercial releases edit out a lot of banter, false starts, etc.  They also tend to re-engineer into a studio session.  When you get these raw live performances, and leave in all the flaws and "extras", it helps, I think, to bring to the Live experience.  That's what I like.

I honestly thought that the 360 Tour was mediocre.  Not really one of my favorites.  Mind you, I think seeing that stage would have been larger than life, but that's it.  I think my favorite Tour of theirs would still have to be the original ZooTV Tour, followed by the Elevation Tour, then the Joshua Tree Tour, and the Unforgettable Fire Tour.  I think that 360 really comes out just after that, maybe.  Hard to tell.  I will say that their latest tour, the Innocence one, from what I've seen and heard so far, comes in dead last.

Email ThisBlogThis!Share to TwitterShare to FacebookShare to Pinterest
Labels: 2011, U2