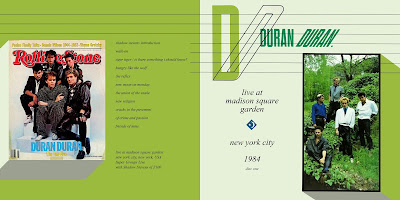 And for the final show of "Live in Concert!" Week, I give you Duran Duran Live at Madison Square Garden, 1984!

I've tried to compare this show to Arena to see if it's the same show or not, but I can't tell.  It sounds like it is.  But, it's so much more than Arena was.  The song selection is so much better, including more of their early hits, and a lot more of S&tRT songs, as well.  You also get the illustrious Shadow Stevens, a definite blast from the past.  Makes me feel like I'm 13 all over again.

I find it surprising that they start the show off with Tiger Tiger, and tuning their instruments.  I thought they would take care of that during the soundcheck or something, so they could run out blasting from the get go.  Regardless, it helps to build that anticipation, and when Simon asks that one question, you can't help but shout out YES!  (Once you listen to the show, you'll know what the hell I'm talking about.)

Although it's a soundboard recording, it's still an FM Broadcast, so the clarity is lacking and the treble sounds a little muffled.  But, it's still the boys at their peak, at their best, and at their most-loved moments of their career. 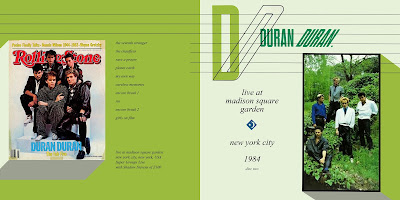