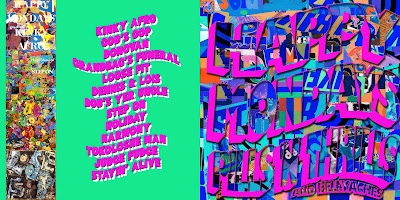 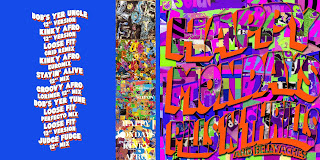 I was never a huge fan of the Mondays, I always preferred the Carpets and the Charlatans and the Stone Roses.  But, for some reason, I really liked this album and it brings back fond memories of good times.  The mixes are hot, and I love their cover of Tokoloshe Man.  While the Madchester scene was booming, this band was always near the top.  Just like their song 24 Hour Party People, this band seemed like the band that was always out having a good time and raising hell all night long.  Well, that's how I remember them.

It's unfortunate that this band, along with the majority of the Madchester bands, were unable to mature their sound and grow out of what they started.  They seemed to stagnate and release the same stale shit over and over.  Or maybe it was the fickle music industry that killed them off.  (I say all this without any real insight into the industry, just some ignorant patsy on the outside looking in.)

It was on this album (or a single from this album) that I first discovered Paul Oakenfold and Steve Osbourne.  Their mixes always blew my mind, and seemed light years ahead of everyone else.  I then found them on Shamen's En-Tact and the rest was an afterthought.  The two are revolutionary and legendary.  Some real good shit.

Anyway, I messed with the colors on the cover, just to differentiate between my versions and the actual version.  I don't know if it looks good or not.  Maybe I'm just used to the yellow cover.  Too much material for one disc, so we get a lovely 2-disc set.  As far as the arrangement of the remixes, I had a tough time deciding.  I hope they sound alright.

PS - I know that today is Duran Duran Appreciation Day, and I am not posting a D2 album.  I have my blog albums lined up about a month deep, and I didn't realize what today was until after I had posted Rio.  I should have saved Rio for today.  Maybe I'll double post and put that shitty Liberty album up.  What a joke...