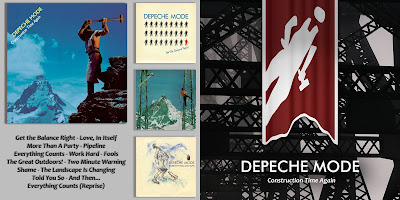 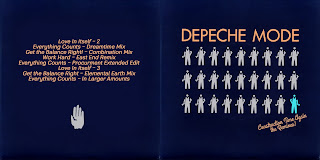 My senior year in High School and I was in love with Music For the Masses, and Violator hadn't been released yet.  I remember getting this album on cassette from the used section in at the music store.  At that time I was infatuated with a girl named Crystal, and she loved this album, so therefore I had to love the album too.  I never told her I had a crush on her, as she was in a different social class than I was, and already had a boyfriend.  But, we were friends and shared a love of Depeche Mode.

As the tracks are concerned, you can see I've added Get the Balance even though it wasn't an album track.  It came out the same year, and fits in perfectly with the album's sound.  The remix disc has several fan mixes that fit my strict criteria, as well as a perfect Dreamtime Mix.

The cover of the album is actually a desktop wallpaper from a DM fan named ID Alizes from Devian Tart (devientart.com) It is beautiful and works perfectly as an album cover.  I've been waiting to use this one specifically.  He's got a bunch, so you may want to go to deviant art and check him out.