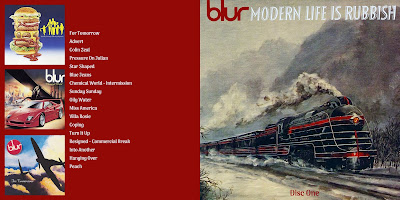 At the time, I thought that Blur's Leisure was an awesome album.  I loved the Madchester-esque sound and the Indie-pop Psychedelia that the band performed and exuded.  So, when Modern Life Is Rubbish came out, I was expecting a continuation of that same style and theme.

Boy was I wrong.

When MLIR came out, I immediately disliked it, and didn't pick up another Blur album again until The Great Escape (and that, only because they were competing with Oasis, and I wanted to make the comparison myself.) After the Great Escape, I did buy their self-title, and then 13.  ONLY THEN did I go back and listen to MLIR and Parklife.  That is when I realized I had missed some great stuff.

I think the reason why I didn't care for the sound of MLIR at the time is because it sounded so different.  But, looking back now, I realize that they were developing their own style separate from Madchester, simply to survive.  The other Mad-Bands didn't grow or mature, so they died when the craze died.  Blur developed a style all their own and wrote some incredible songs on MLIR.  This album also started the awesome cover art for their singles, as well.  All of the single sleeves were unique and art of their own.  I loved them all.

I threw on the Popscene EP as it truly bridged the sound between Leisure and MLIR.  None of the material on Popscene fits on either album, so it's best to keep it on it's own.

I'm pretty sure I got all of the demos, b-sides and outtakes from MLIR.  And I didn't include any remixes.  If there are any good remixes from this era, I would love to have them, but I don't...  Anyhow, I feel that my version definitely cleans up the Deluxe version that they released years ago.  It seemed very muddled and unorganized, and made it difficult to listen to in one setting.  This pulls it into a more unified presentation, and easily makes a great album even greater.  The train covers were a lot of fun to make, too... 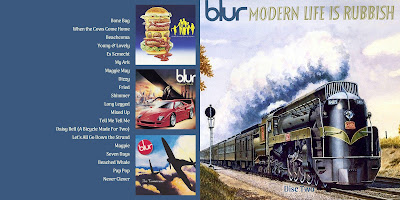 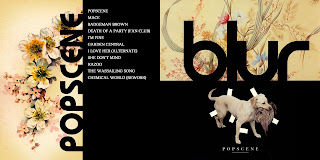