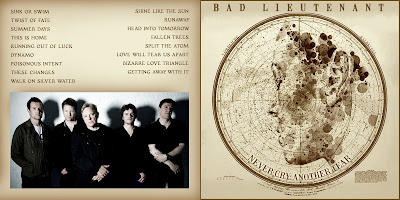 I always get a funny feeling in my heart whenever I see my heroes age.  I know that the glories that they once had are a thing of the past, and they are slowly sliding down that hill to eventual retirement.  As I watch DM, Erasure, Cure, PSB and New Order get older, and I feel myself creak and groan and hold my hip and rub the back of my neck, I know that I'm getting older too.

I watch Youtube and the TV and I see these young punks up there jumping around and holding their microphones upside down acting like they're the shit, and I laugh mockingly to myself.  Look at them, they don't know what it means to be cool.  But, I catch myself and I realize that I'm probably thinking the same way my Dad did when I was jamming out to New Order and the like.  HE grew up with the Beatles and the Stones and the Doors.  Now THOSE guys were cool, he probably thought.  And they were, for their time, just as New Order and DM were cool for their time.

Not that they aren't cool.  I still think they're cool.  They really are.  And the music they write is still great, too.  They are Elder Statesmen of the Post Punk genre and era.  But, the youth of today will never understand.  They won't understand what it was like to live in the 80s, see Reagan and Thatcher on TV, watch the astronaut plant the MTV flag on the moon, wear fluorescent laces in their Chuck Taylor high tops and be considered cool, shave lines in their sideburns, and fall in love with an 80s girl with the sprayed wall of hair that stood up 6 inches off her forehead.

I still watch the Young Ones on DVD and get a kick out of Vivian and Rik.  I still pull out my Dark Knight Returns and V For Vendetta issues and reread them.  I still wear my Chuck Taylors and my checkerboard Vans. And I still, and always will listen to New Order.

Bad Lieutenant has already put this album out, but I didn't like the cover.  I changed that up, and added Barney's AOL acoustic session, to capture all the music he was releasing at that time.  Although he is aging on the outside, his voice and his lyric are timeless and crystal.  He has a way with constructing his music that is uniquely his own, and no one will ever be able to duplicate it.  They may get close to sounding like him, but they will never be the same.

This album isn't a great album, but it is well worth the listen and a must for completists, for those longing to hear something new from Barney and crew.  And, it's way better than PH and the Light.

But, it harkens back to Jack Black's (and Neil Young's) infamous line from High Fidelity...  Is it better to burn out than fade away?  When it comes to NO, I say let them fade away, as long as they're giving me something new to listen to that will make me feel like a kid again.