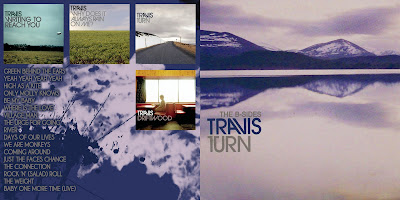 When the Travis album called The Man Who came out, I was living in Kansas City.  We had been there about six months, and my life was falling apart.  I had taken a job there, and moved my wife and I so I could get back to "the big city".  Truth be told, now, I should have moved back to Chicago, instead.  We lived in a small apartment, and she got a job as well.  She worked days, I worked nights.  We never saw each other.  I started going out at night after work while she was in bed, and partying and clubbing and drinking and smoking and taking substances I had no business taking.  My job dealt with pretty much the lowest life forms of humanity.  I'm not judging, I'm saying that dealing with literal scumbags all day and night can wear on the soul, and bring you down.  I had women trying to get me to cheat on my wife, and I had gay men trying to get me to cheat on my wife, and I'm not gay.  There was violence, and crime and scandal and drama and even though I thought I wanted no part of it, I was neck deep in the shit.

I fell into a deep depression.  I had never realized that I was suffering from it even when I was in it.  I was watching my job and marriage and life fall apart before my eyes, and never considered the fact that I needed help. My life had become a living black hole, and there are portions to this day that I don't recall....

I walked into a Borders bookstore in the winter (all I remember is that it was cold and I had a coat on.)  They used to have these little listening stations in their music section that allowed you to listen to albums before you purchased them.  I saw the new Travis album, having never heard of them, and considered listening.  I put the headphones on, pressed play, and that was the end of that, I was hooked.

To say I was hooked because it is a good album is not a good description.  At that point in my life, when I was at the lowest of lows and wallowing in self-hatred and self-disgust, listening to those songs allowed my some solace, some comfort and some hope.  It allowed my soul to soak in solitude and cry.  It kept the knife from my throat.  What's rough is that I had Cure's Bloodflowers and Air's Virgin Suicides at the same time, so those two fed my depression.  To this day I cannot listen to Bloodflowers and I can rarely listen to the Air album, but I will always go back and listen to Travis.

Needless to say, I got help and it took nearly a decade for me to come out of it.  I still suffer from it occasionally now, but I know how to identify it and address it, whereas before I didn't.  And I can still listen to The Man Who.

Here are the b-sides.  They're pretty good, and the Brittany Spears cover is pretty hilarious.

Email ThisBlogThis!Share to TwitterShare to FacebookShare to Pinterest
Labels: 2000, The Man Who, Travis