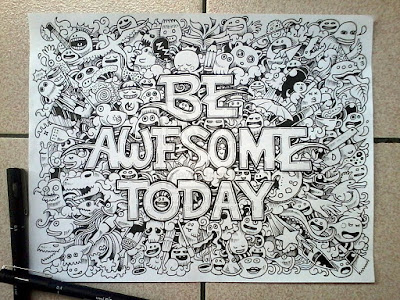 First off, I apologize for missing my posts last night.  I got carried away with some other projects and I completely spaced it off.  That's why I posted early today, and I will be back on track tomorrow.  Hopefully, the selections today will make up for it.

Secondly, PLEASE let me know if any of the links go down, and I will re-up them for you.  I don't have the time to go back and test every one of them, so it is up to you to let me know what is down and what is not.  If you want it, just let me know.

Lastly, if you have requests, I will accept some requests at times, depending on what I have collected, and also what I LIKE.  There are some specific bands and artists that you will never see anything posted on this site.  Here is a list of the major bands that you will NEVER see here -

Culture Club - Although I like some of their songs, I never cared for their albums or b-sides.  Don't know why, I just never did.

Siouxsie & the Banshees.  - You might see A Kiss In the Dreamhouse, Hyaena and Superstition, but that will be it, as I hate Siouxsie's voice.  Can't stand it.  BUT, Robert did play with them, and Superstition wasn't bad, but, that is it.

Frankie Goes to Hollywood - I like Relax and Two Tribes, but that is it.  I never cared for their music...

B-52s - Although I've always liked Kate and Cindy's vocals, Fred Schneider is fucking annoying.  I feel he RUINS whatever song he sings on.  Absolutely ruins them.

Elvis Costello - I don't care for his vocals.  Never have, never will.  I can think of only two songs of his that I like, and one of them is only a soundtrack song.

Red Hot Chili Peppers - Never cared for the funk or the vocals.  I'd rather listen to Faith No More.

Bauhaus - Although I like Peter Murphy, I never cared for the music of Bauhaus.  I always thought they were silly.

Nine Inch Nails - I used to love Pretty Hate Machine, but, as time went by, I found Trent to be destructive and sacriligious.  I may have a somewhat foul mouth, but I have always respected Christianity and am a believer in God and Jesus.  I may be human, but I believe in the Grace that the Lord has provided, and I don't agree with anyone who will openly make fun of that.

Nirvana, Pearl Jam, Soundgarden and Stone Temple Pilots - YUCK.  Soundgarden is about the only one I can tolerate anymore.  You MAY see Superunknown eventually, but that is it.

Sonic Youth - Who the hell ever said these guys were talented?!

I'm sure there are a million other bands and artists out there that you will probably never see on this site, due to me either not liking them, or that I don't know enough about.  But, this is a list of the major ones, so be aware.  I don't want you to think I'm ignoring you, just remember that I don't love everything!

I hope this clears up some stuff.  I'll post more Housekeeping as time goes by.

Thanks for visiting, guys.  Thanks for letting me share my stuff and my life with you.  It thrills me to know that there are people out there that care about the same things I do....

Be Awesome To Yourself!
Posted by Unknown at 7:42 AM