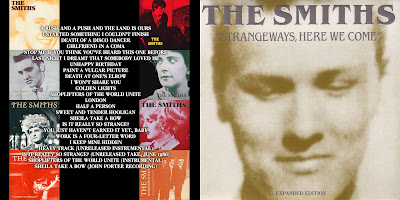 I was well into loving Morrissey solo, long before I fell in love with the Smiths.  It's partially because I was into New Order, DM, OMD and the Cure during the time period that the Smiths were popular.  Plus, everyone knows that Morrissey's melodies are an acquired taste.

I never cared for the "complete-ness" of this album, as it was too short, and there were a handful of non-album singles all around it.  They complied all the singles on Louder Than Bombs, but then you had a bunch of singles, and some of the b-sides collected in a mish-mash, non-linear fashion that defied logic.

Some may think that I ruined the integrity of the album by putting all of the music from that time period on one disc like this.  I feel it is more complete, and also has a better selection of pop-hooked singles included.  Let me know if I've missed anything.

As for the covers, I've always thought the original cover was "meh".  But, some people may be attached to it.  So, I started with the original cover above, along with the single sleeves.  But, then I made another cover, and then another, as I was unable to decide which one I liked best.  So, for the first time ever, I'm offering THREE different covers for this album set.  You decide which one you like best, and use it. 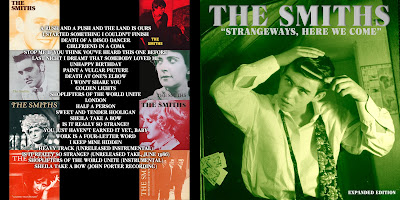 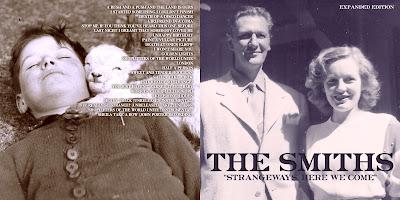 Email ThisBlogThis!Share to TwitterShare to FacebookShare to Pinterest
Labels: 1987, Smiths, Strangeways, The