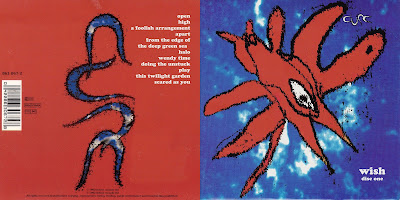 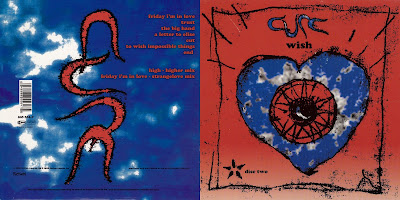 Personally speaking, this was the Cure's last great album.  After this, the albums started to fall until Fat Bob jumped the shark with the 2004 self-titled album.

I had been in college for two years when this one came out.  It was apparent from the first play that they had gone all-out pop on this one, with the radio success they had from Disintegration.  Within the first measure of Friday I'm In Love, I knew it was a single, and I knew it was going to be popular.  I didn't really care for the cover art, as the last 4 albums had had some awesome manipulated photography cover art that really captured the mood of the albums.  This cover art was probably the first computer art that they used for their covers.  The logo was clever enough, and the typeface was nice, but the graphics were a joke and the color pallet was too plain.

All of the music was tight, though.  I didn't care for A Letter To Elise, but I knew it was going to be a single as well.  The b-sides rocked, with A Foolish Arrangement being one of the best songs of the set.  The Saunders remix of High was great, the three-part ending of Cut, To Wish Impossible Things and End was epic.

All in all, this is a great album that you're going to thoroughly enjoy if you haven't heard it yet.  It's completely accessible to all audiences, and it will turn you into a Robert fan no matter what.... 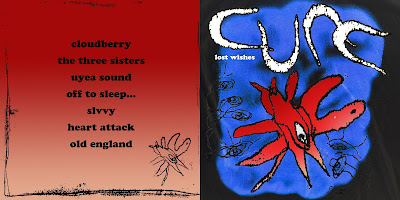 Now, for the completists, these are the additional tracks from the Lost Wishes tape, plus 3 demos that were recorded well enough to be a part of this set.

All of them are instrumental, and the Lost Wishes songs are actually rather good.  The additional three demos have definite structure, but you can tell why they weren't pursued any further than their current form.  But, if you've got to have it all, then you have to have these.... 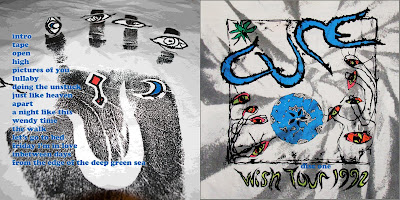 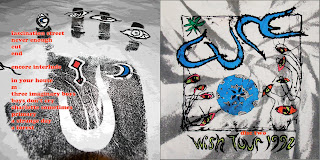 Finally, for shits and giggles, here's a show from the Wish Tour in 1992.  I've added the concert that Show should have been, but wasn't.  Mind you, I love the live footage of the concert, but the playlist was too predictable.  At least this show added a little more diversity.

The complete show, with the entire encore and crowd noise, but it is a great audience recording and it feels like you are actually at the show. The last encore is probably the best part of the set.  The only thing that could have made it better, would a quality soundboard recording, but alas...  Great tracks, perfect performance, and 100% Cure.

For the cover, I was able to get one of their concert Ts to work out well enough for it.  I feel it worked rather well.

For those of you who don't care for live performances, I apologize, but this one is worth it.