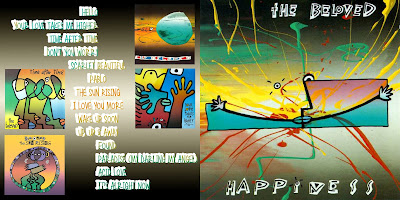 So, yeah, this was a great album when it came out.  Very fun, and a nice addition to my growing Madchester collection.  It got some radio air time and people knew who they were, and they were pretty cool....

AND all these great groups from England and Europe and nearly everywhere got left behind for good ol' Kurt Cobain.  Brrruup!  I think I threw up a little in my mouth.

Yes, yes yes, the Beloved were able to release, what, two more albums, I think (Both of which were great)  But no one knew about them or cared too much on this side of the ocean.  What a sad sad thing.

What's great about this album was all the remixes.  You had Blissed Out (below) and a couple dozen more great mixes.  So, I've made what essentially is three discs for the same album and most of the mixes.  Mind you, not all of the mixes are on these three, but most are.  I culled the worst just to slim it down a bit.

The covers were fairly simple to make, but the font was impossible to match.  I hope they look alright.  It pisses me off when I can't find the right font (especially since I have about 7,000 now).  A font can say so very much.

Looking back, I want to try and pick out the best tracks for you (even though I know it's subjective), but it's hard to pin down just a few.  Time After Time, Found, Hello, Your Love Takes Me Higher, The Sun Rising...  Where should I stop?

Just keep listening, and you decide which ones are the best.... 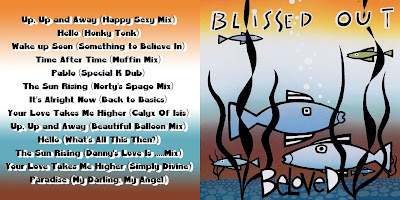 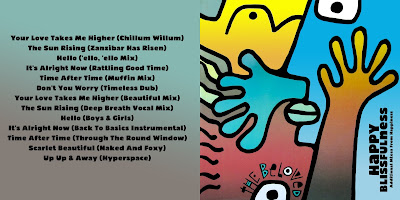 That last one, Happy Blissfulness, doesn't actually exist.  I made it up.
Posted by Unknown at 6:57 PM