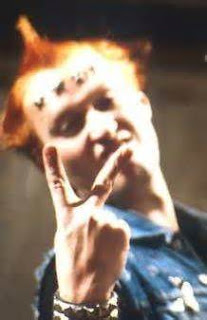 I've had several people talk to me about the formatting of the mp3s that I include in my zips.  I thought that I would address it here, and refer back to it, should the question ever arise again...

My music collection is huge.  I have a 2TB external hard drive that has less than 50 gigs left on it before it is full, then I'll have to either weed the collection, split onto two different drives, or buy a larger drive to hold it. It is gigantic.


I could go into great length, (and almost did), about the origins and growth of my large collection, but, I'd rather not incriminate myself in any way.  Let's just say that I can think of over a dozen ways that I can find music to put on my computer.  I can think of five different programs that can be freely downloaded that can help me obtain and format these music files.  I can think of at least ten different websites that can assist in ripping music directly from Youtube and converting them to Mp3 and even Mp4 files.  I am in no way saying that I utilized any of this, I'm just saying I can think of ways that this can be accomplished.

As my collection grew, I would title each track accordingly, so I could listen to it on my computer in order, or I could burn them on a CD in order.  I did not, and still don't know how to imbed additional information into the tracks themselves.  But, my collection grew at such a quick pace, and my ravenous appetite for more music grew so quickly, I was happy simply if the files were titled as is and begin collecting more.  At times, I see images of album covers and whatnot on Mp3 files as they are playing on my Windows Media Player.  I did not put those images there, and I don't know how to remove them.  I also noticed, when I attempted to put them on a Mp3 player, that the tracks weren't in order according to their file name.  I have assumed through right-clicking that you can change that information at least on the details tag.

Well, to make a short story long, I don't know how, and don't care to know how to format all of this information on these files.  It takes too much time and doesn't suit me for my needs at this time.  I'm old school and still prefer music burned onto CDs if I want to make them a part of my physical collection on my wall library of CDs (Almost 6,000 actual discs).  I don't use a portable Mp3 player, nor do I have one in my cars.  So, all of that extra work is of no use to me.

Maybe one day, when they stop putting CD players in cars and I can't find one on the secondary market and I am forced to use an Mp3 player rather than a CD player, I will actually begin formatting the files to stay in order once I make that transfer.  Until then, I don't have enough time to do this, I don't know how to do this, and would rather spend that time finding more obscure music and making CD covers.

That being said, I will leave that extra work to you.  If you would like your files formatted in that fashion, then I hate to say, but it is a project that you must complete alone.  If it is something that you would like to do and then share here with a link in the comments, then I am in no way going to stop you.  All I can do is apologize for my lack of motivation in this department, and hope that I can make it up by making more cool covers and releasing more cool sets...

With that, I am off to bed, as the last two days have been chaotic, and covers working two 10 hour shifts in 2 different locations 200 miles apart in less than 48 hours.  I have 6 blisters on my feet, and my knees feel like they are going to give out at any moment.  It feels as if someone has knuckle-punched both my buttocks, and I have a sore throat from smoking too many cigarettes.  Plus, I need to have a healthy bowel movement before I hit the sack.

Hope the visual didn't scar you for life, just for a few hours... 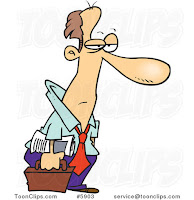