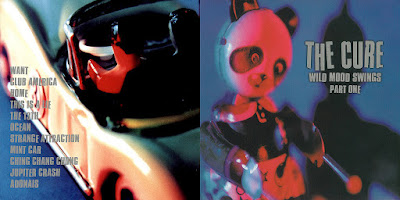 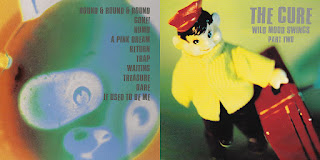 Again with the dumbass watermarks.  Can't stand that shit.

SO, here's the first album in which Robert Smith started to lose it.  This is where I decided that maybe the Cure would be better off releasing EPs for the rest of their careers rather than releasing albums.  There are quite a few good tracks on this album, but I also noticed that a lot of the b-sides were better than some of the album tracks.  In fact, my favorite song from these album sessions is the b-side It Used To Be Me - Best ever song.

Anyway, this album came out shortly before my wife and I got married.  I was really excited, because I really liked Wish (but not as much as Disintegration and Kiss Me3 and HOtD) so I was anticipating a great new experience with this.  The opening track kicks ass, Club America seemed okay, but a little weird lyrically, and then it started falling apart around The 13th.  That song really really sucks.  Can't stand it.  It wanders in and out for most of the album, then, with the occasional obligatory "smash hit" pop song like Mint Car.  But, then it closes weakly.

I knew then, that the era of Cure greatness had passed us by.

I've added the bonus track Ching Chang Chong (Which people had mistaken for a Bloodflowers demo) and it seems to help things a little.  I had to mix the b-sides into the album, just to try and salvage it.  As I said, the b-sides seemed better than the album tracks, so I hope that having them interspersed will help things.  You be the judge.

All being said, it IS the Cure, so I can't help but collect it and listen to it, and even love it a bit.  It just wasn't as good as I thought it should've been.  But, who am I to judge.

Also, extra disc of mixes...  See you all tomorrow.


Disc One
I accidentally zipped an incomplete recording of
Ching Chang Chong
so use this one... 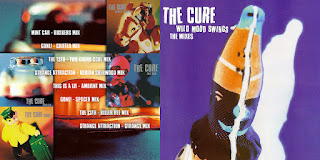