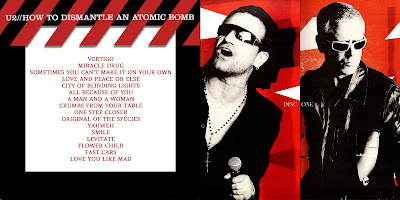 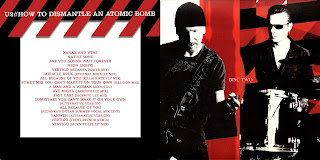 I debated on whether or not to make this a two disc set or a three disc set.  There are enough songs for the regular album to make it two discs, and then a third disc of mixes, of which there were plenty.  But, a lot of the mixes sucked, and a two disc set for the album would be two short discs....  But, I also hate having one album disc and then the second disc with just a few album tracks and a bunch of mixes.  BUT, I also didn't feel like making three covers for this collection, as I'm not a huge fan of it.

As an album, I think it is a good album, but I am not drawn to listen to it, and I grow weary when I do.  It didn't do a whole lot for me.  I started feeling this way about the group starting with ATTYCLB.  Their style changed yet again, and it didn't thrill me as much as their 90s albums or even their 80s albums for that matter.

I did love the tour for this album, though.  The DVD for it was incredible.  I can only imagine what a fantastic show it must have been to see live.  If there's one thing these guys can do, it's put on a live show that is better than anyone out there.  I've watched other videos from that tour that weren't pro-shot, and they are all fantastic.  Great stuff to hear them take songs from their entire catalog and amalgamate the sound and style to sound unified.  Signs of true artists and performers.

I still remember being in San Diego in 2006 for vacation and my wife and I took my oldest son to Seaworld.  When we went to see Shamoo (spelling?) they played Vertigo when he came shooting out of his pen and started leaping into the air.  Pretty cool.

Email ThisBlogThis!Share to TwitterShare to FacebookShare to Pinterest
Labels: 2004, How To Dismantle An Atomic Bomb, U2