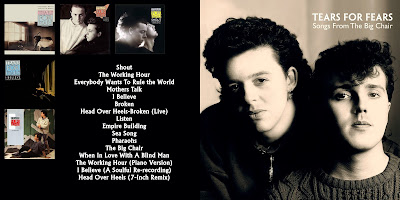 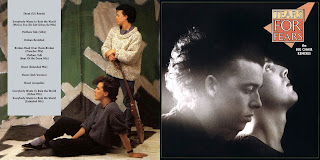 A far cry better than The Hurting & Seeds of Love, this album is quintessential 80s Pop Rock.  Graduating from New Wave into something more substantial, TFF really proved they had the talent and abilities to whether the demise of the 80s and hold their own into the 90s.  One of my Top Ten 80s songs is Head Over Heels, an absolutely perfect pure Pop track.

I was in 8th Grade when this album came out, and was strongly influenced by one of my friends - Grant - who said that after he outgrew Duran Duran (WHAT?!) he was now interested in TFF.  It sort of took me off guard when he said that, and thoroughly intrigued me.  Looking back, it was a natural procession to move onto them (as well as Sting, INXS, Simple Minds and Wang Chung.)  But, I am glad he recommended that, as the album became a staple of my collection.

I know that they've already released an expanded version of this album, but I felt it needed more, it wasn't quite right.  They had left too much material off that needed to be there.  Plus, I was able to also include a McDoC mix in there as well.  Great stuff.

A little advance notice, Thursday and Friday nights will be extremely late posts, as I have business meetings to attend both days that will stretch into the evenings.  Also, I will be taking off the 23rd and the 24th for the Thanksgiving Holiday.  Lastly, 90s Techno Rave Week will be starting on December 12th...

Email ThisBlogThis!Share to TwitterShare to FacebookShare to Pinterest
Labels: 1985, Songs From the Big Chair, Tears For Fears