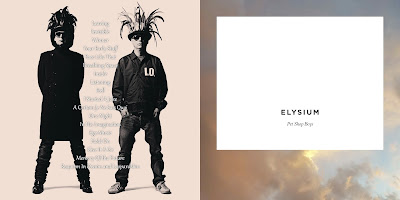 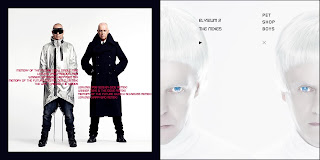 A fairly tranquil album, this was PSB's last album with Parlophone.  After Yes and the myriad EPs, Comps and Soundtracks, this album seemed to be the Boys in a different form.  They were mature, laid back, having a good time yet oh, so serious.  It seems somewhat morose, and a little forelorn, but yet it still is warm and lush.  I'll never get over their synths.  They are oh, so pretty.

Honestly, I've only given this one a play though about 4 or 5 times.  The singles are always tops, but most of the track melodies seem somewhat forgettable.  I will say that this is the last album of theirs in which they are writing songs their age, rather than writing songs for a much younger audience.  Electric and their newest album, Super, really seem to be written for a bunch of club kids and seem somewhat superficial and formulaic.

Once you get into the singles, though, things really seem to get good.  All of their b-sides (which I plugged right down the middle of the album) are terrific, with possibly the one exception being I Started A Joke.  I don't like that one only because I don't care for the original song, let alone a cover version.  The remixes are also fantastic, especially the tracks that the Boys remixed themselves. Not super strong dance hall jumpers, but strong enough to keep you interested and impressed.

I made this cover a long time ago, long before I learned of The Way Through the Woods, the short version.  The album disc was too long, as it is, so I had to put it on the remix disc, at the end.  As I said, the covers have been done for a while, so there's no listing on the cover for the short version, it's just the "invisible" track 10.  Deal with it.  If it bugs you that much, get your Biro out and pen it in below the other tracks.

No personal connection to this album other than I was working as a regional distributor for a company covering 2 states at the time, and I remember listening to this one while sitting in my car in the parking lot of a grocery store about 300 miles from home doing paperwork.  It was a pretty good job, and I loved traveling for it.  But, alas, the business folded shortly after Obama's second win.  That's alright, though.  I'm on to another job I can't wait to get away from...