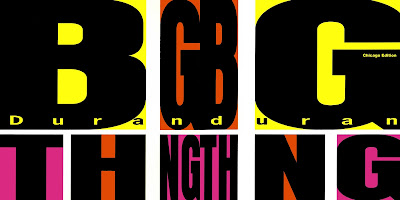 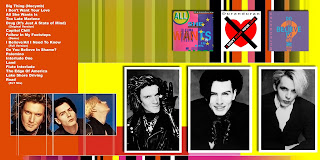 So, a present to myself is also a present to you.  A brand new "Chicago Edition" of Big Thing by my beloved Duran Duran.

My dad got a work transfer that moved us the first day of November, 1988.  We found out about it in July, and I dreaded the arrival of the day we would leave.  Being 16, I had a part time job at a local food establishment where I had a bunch of friends.  We had spent the summer going to see Def Leppard & INXS, taking trips into the city to screw around on the streets of downtown Chicago, hung out at friends houses, taking long lunches from school during the day to mess around at a small hamburger shack just a block away from school.  I had a girlfriend that taught me how to kiss.  I had friends who got me into trouble.  I had friends who introduced me to the Descendents, Depeche Mode, New Order, OMD and the Cure.  I had friends.

A week before I moved, we all went to a Haunted House close to O'Hare airport, we ate at Ed Debevic's Restaurant, and me and the girl that I was dating at the time clung to each other all night.  I stayed out with them until 2 o'clock in the morning.  My mom waited up until I got home and gave me dirty looks, but my parents didn't do anything about it.  After that, I got into a physical fight with my dad over the move, as I didn't want to leave this place that had so much for me.  I'd never hit my father before, and I never will again.  But, I was angry and in despair.  On Halloween, the day before we moved, I worked my last shift at work, and they had a party for me.  One of the girls there, who I had chased and loved since 7th grade - and asked out many times before - suddenly broke down crying.  I asked her why she was crying, and she said it was because she didn't want me to leave because she suddenly wanted to date me and be with me and all of this stuff...  It hit me like a ton of bricks.  She gave me a ride home, and we made out in her car for quite a while.  I absorbed as much as I could, being with her, holding her tight and kissing her lips.  The girl of my dreams...  I was devastated.

The next morning, my parents took my sister and I to the train station where we would take the train to our new home 600 miles away, while they finished packing and moving all of our stuff.  The sun was shining an autumn gold, and  plopped down in my seat next to the window, with my sister sitting next to me.  As the train pulled out, I put my sunglasses and head phones on and started playing Side Two of Big Thing, starting with Do You Believe In Shame? As the train headed west, I stared off at the city in the distance, slowly getting smaller, and lost behind the trees and buildings surrounding the tracks until I couldn't see it anymore.  My sister asked me why I was crying, and it was only then that I noticed tears were rolling down my cheeks.

This is my album.  This is me.  I am all of this.  This album is what defines me, and I think it's the best Duran Duran album, for obviously very personal reasons.

Tonight, on my birthday, I will listen to it again and have a toast to a life I loved, I could've had, and also one that could never be. 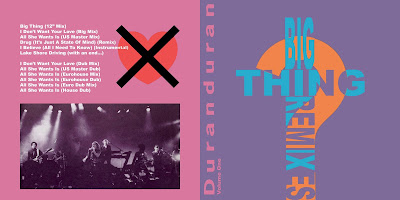 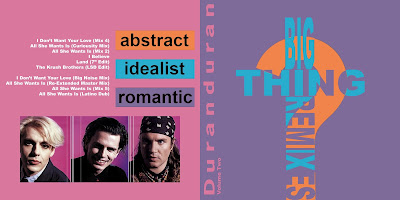