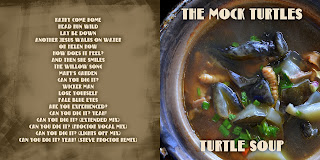 Nothing special tonight.  Just another one of the many quality bands out there that got caught up in the quagmire that was the trendy Madchester sound.  A lot of these groups had the potential to be so much more than they were, and I don't know what happened to them.  If you look at all the bands that made it big during the late 80s and early 90s due to the fad of Mad, how many have continued past those few years?  Yes, the Charlatans UK and Jesus Jones made a few albums into the late 90s and early 00s, but other than that, what do you have?  Not a lot.

You wonder if it was the bands that couldn't produce more than that first album, or if it was the record labels that abandoned them for Britrock and Grunge.  The Inspiral Carpets, the Happy Mondays, the Blue Aeroplanes, EMF and the Farm really tried, but they really couldn't break out of the style after it died down in popularity.  And some of the groups barely made it past their first albums....

But, this is a nice little album.  It's nothing special, just something period to listen to if you're nostalgic for the era.

I made two covers for this one.  The first cover I made was the bottom one.  I sorta liked it, but my wife said it was too unlike the original cover, and she didn't like the font.  So, I made the second cover, the top one, that was more like the original cover.  You decide which one you like more, and use it, it doesn't matter which.