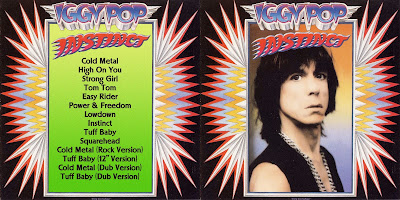 It's been a rough night, so I'm going to keep this one short and sweet.

I bought this album because it has a fucking kick ass cover.  When I bought it, I didn't know who Iggy Pop was, nor his past career.  I listened to it, and liked it, but I mainly played it in my car as a kid so people would think I was tough.  I also recently bought a t-shirt with this cover on it, so people will think I'm a tough-as-nails middle-age rocker, too.  I have problems, you see....

It's not Iggy's best, but as I said I really dig the cover.  You might like it too, so give it a shot.

And that's all I have to say about that.