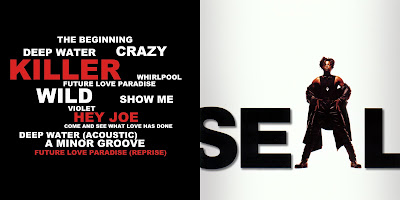 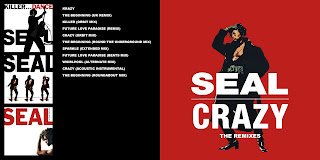 The first time I heard Seal was sitting in a movie theater watching the movie Gladiator from 1992.  I was seeing the film because of Cuba Gooding Jr, who had just come off a great performance in Boyz N the Hood, and I was interested in seeing more of his work.  Gladiator was a great film, one that I still have in my personal collection today.

In the opening sequence, the main character is walking down the street in the winter time, and Seal's version of Killer is playing.  I thought it was a great track, and a wonderful way to set the stage for the rest of the film.  I waited through the credits to find out it was Seal, and I started looking for his work.

I found the Killer single at the music store, and already knowing the fantastic work that William Orbit does, I was overjoyed to see Orbit mixes on the single.  I loved those mixes, enjoyed the b-sides, and thought that was it.  Then, they started playing Crazy on the radio, and I instantly recognized Seal's voice, and I knew there was another track I "had to have".  The single, too had WO mixes, and they were even better than the Killer mixes.

Seal then went big with his debut album, which I found to be expertly crafted and a sign of true talent.  I got the album, and eventually tracked down all the remaining singles from that first album.  Mixes were great, the b-sides were solid, and the album was a definite standard.

Too bad I didn't care for the rest of the music he made.  Nothing else by him has ever grabbed me, so I am content to have his first album and his Orbit mixes as the extent of my Seal collection.  It's all I need.

Email ThisBlogThis!Share to TwitterShare to FacebookShare to Pinterest
Labels: 1992, Seal