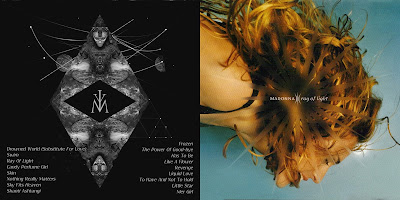 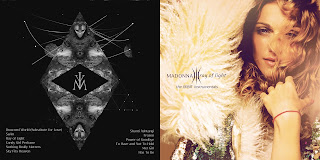 The final post for my Pop Music Week!  I hope you have enjoyed it, I'm sure some of you have hated it.  But, have no fear, when I return, it will be back to it's original format!!!!

Just so you all know, I hate Madonna.  I hate her style, hate her image, hate "most " of her music, especially her 80s crap and that Vogue bullshit.  I really think she's something of a whore now, ever since Erotica, but possibly even as far back as Like A Virgin. I can't help now, but think of Quentin Tarantino's translation of that song, Like A Virgin, whenever I hear or see "Madonna".

BUT, there was a shift in my attitude toward her music starting SPECIFICALLY with the song Bedtime Story, written by Bjork (amongst others), and more precisely the mix by Orbital, surprisingly.  The song and video are beautiful and extremely well performed, the writing and mixing are stellar.  Holy Cow!  Is this fucking MADONNA?!  Well, I got the gatefold single of that song, and treasured it as a Madonna anomaly.

During that time, I was already very interested in William Orbit and any collaborations he was doing at the time.  Strange Cargo Hinterland and that Torch Song album had been out since 95, but that really was it for his own personal music.  I think he was mixing a few random Blur tracks, right before this album, Ray of Light, was released...  Co-writing, producing and mixing a Madonna album of all things was a fucking shocker in my book.

Many people have considered this to be an entry in his "Strange Cargo" catalog, as this album is definitive Orbit in it's concept, performance and production.  It is a prime example of WO at his best.  Every track has his signature sound written all over it.  I've included the instrumental versions below so you can get the full impact of the absolute high quality of his work.  Madonna actually sounds mature, coherent and somewhat intellectual in her lyric and performance.  She even seems less slut-like than almost every album before or after.  Wow, is that even possible?!

I really enjoyed the album from the beginning.  All I could think of was WO's work on this, and the fact that it was a Madonna album really didn't mean a whole lot.  As an album, it really didn't impact me emotionally or spiritually, or change my views on life or any of that crap.  But, I did realize that opening my thoughts on specific artists or genres isn't a bad thing at all, given the chance.  Hell, yeah, you'll get burned sometimes, but it's better than missing something really great that you might have never considered before.

I know that many fans of WO will already have all of this material.  But, to those of you who don't follow either Madonna or WO, you may want to give this one a shot.  You might be surprised... 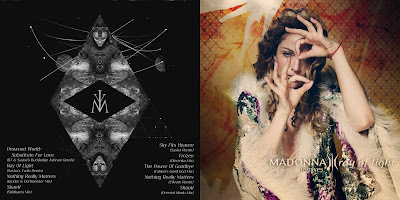 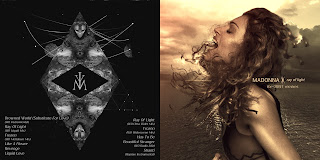 I'll be posting throughout this next week, but no new albums or covers.  I'll be out of town, working on my rental property one last time for the whole week.  New albums will resume on the 18th.