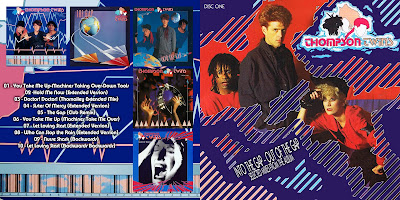 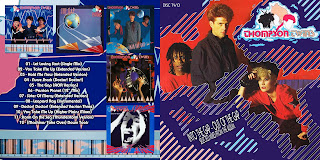 Let me tell you this.  I still don't have them all.  In fact, I don't even know which ones I'm missing.  Beyond that, I can't tell what I've got and what I don't have and how to differentiate between them all.

When TT released this album, they obviously did it in a variety of formats for the time.  They had vinyl, cassette and CD.  Each different format had different mixes and different track listings.  The "b-sides" if you can call them that, were actually just remixes of album tracks and singles.  So you had remixes of tracks, b-sides that were pretty much remixes, and remixes then on top of those b-sides.  Then they started playing the tracks backwards and releasing those.  Then, you had fade outs and cold stops and edits and remix edits and edit remixes and dubs and cuts and...  I give up.

If someone can give me a hard core run down, in detail and 100% complete of every track from Into the Gap, I would be indebted to you.  It's all a mess.

I pulled off two discs of my favorite mixes and called it good.  I still have another two or three discs of mixes left, but people can only listen to so much Doctor Doctor! before they have to go see one.

Hope you like this.  If you do, I'll put out Here's to Future Days shortly...

Email ThisBlogThis!Share to TwitterShare to FacebookShare to Pinterest
Labels: 1984, Into the Gap, Out of the Gap, Thompson Twins