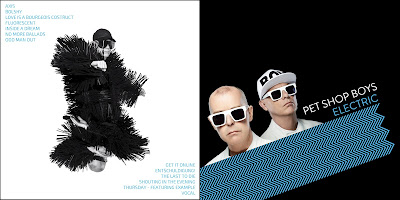 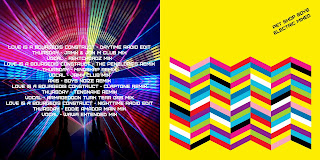 So, the Boys split from their old record label, see?  And they decide to release an album on their own new record label.  And so, you had two PSB albums about 10 months apart.  Less than a year.  And, it would appear that they saved the best tracks of the last 5 years for this album.  What's great, is there's still plenty of b-sides and a billion great remixes.  So much so, I had to make it two discs.  I've got an album disc, and a mix disc.  Both are fantastic, I love Example, and the Boys sound as fresh as ever.

Disc One is the album plus the b-sides packed down the middle.  Disc Two is nothing but the best mixes of the bunch.  All of them fantastic.

Great thing about it, there was plenty of promo pics available for this album, so making a new sleeve was a piece of cake.  It's a little more commercial than your average PSB cover art, but it still works fine.