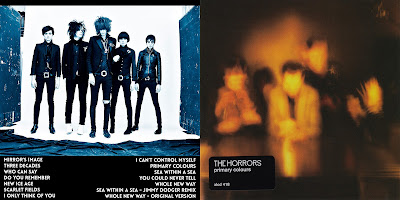 The last great band, unfortunately.  To me, they represent the last of Post Punk, the last of Britrock, the last of what I had considered "alternative music."  Their first album was great, but this album is when they really knocked the shit out of the park.  This is when I fell in love with the sound, the appearance, all of it.  They all look like Eddie Munster's brothers, and I am so jealous.

It shouldn't take long to fall for them, I only had to listen to it once.  Every track has it's moment, some more than others.  Stand outs include Mirror's Image, Who Can Say, Sea Within A Sea and Whole New Way.

Whole New Way was originally released prior to this album as a stand-alone single, but I slapped that puppy on the back end of this album.  The cover is the original, and the inside pic just rocks!

They have released two more albums that are equally as good, in fact, Luminous is probably better.