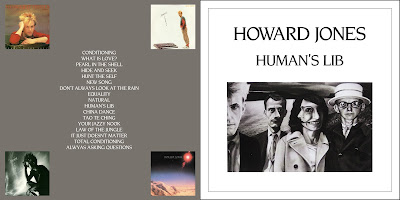 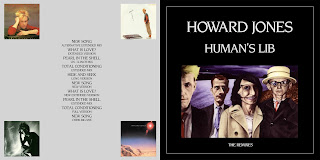 HJ's first album, and my second favorite.  These were the songs that were playing on my radio when I was first discovering Pop music.  I remember them vividly, and his videos on Saturday Night Videos on our local channel, playing the best videos after 11pm.

Howard truly shows a maturity level in his songwriting that a lot of his peers completely lacked.  When compared to others, who wrote about these subjects at a level that he did?  Shy of Phil Collins' solo work, I can't think of many. Maybe Bryan Ferry.  Aside from all that, it's funny, yet somewhat disheartening to read the various contemporary reviews of the album during the time it was released.  Some of the reviews seem to be exercises in verbal logistics more than substantial analysis of the album.  Most of them were probably jealous, anyway.

Howard had quite a few b-sides for this album, and I think I have them all here.  The mix disc is extra special, too.  But, I'm not sure if I have all of the mixes, let me know if I don't.  As for the cover, I have always liked the artwork, so I kept it the same, just making a black version and a white version.