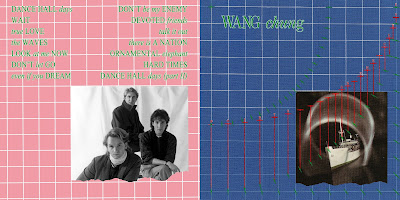 SO, I liked the album after this one, better than this, and then the album before this one better than that, and then Mosaic the best.  As a sophomore release, though, they did a fantastic job and there are still a lot of great songs (and mixes) on here.  The first song I ever heard by them was Dance Hall Days, and it was the music video, to boot.  I was spending the night at John's house, we had just watched Poltergeist or Cujo or Creepshow, I can't remember which one exactly, and were watching MTV at about 2am (we'd never go to sleep when I stayed over at his house.)  I wasn't overly impressed, but I did like the song, and the memory of the video has stuck with me for more than 30 years.

As a kid, though, that sound didn't really appeal to me, yet, as I was still stuck on Break My Stride and Thriller pop trappings.  It took Mosaic before I recognized their true talent, and vinyl hunting in the 90s to grab it all and enjoy their work as a mature music aficionado.  ALL of their albums have a strong and stable foundation in classic songwriting with enough pop flare to win me over.  Their singles are obvious success points of the album, but the rest of the tracks are still solid enough to encourage repeat play.  Even the b-sides.  Ornamental Elephant is definitely intriguing.

This cover took me almost two hours to make as I had to go back and correct almost every line.  To a point I just gave up to it as there was really no way to repair all of the imperfections.  It's harder to do covers like this with geometric shapes and lines, as the flaws stick out like pimples on a forehead.  With paintings, or photos or abstracts without geometrics, you can remove JPEG artifacts and smudge and blend and blur.  You could even use your clone tool.  Not this, you have to correct down to the pixel level, otherwise you can see the error.  And it isn't even that pretty.

Sorry about missing my post last night.  Went to a concert with my son called Winter Jam 2017.  Although it really isn't my sort of music, I actually enjoyed myself, and I'm glad I was able to spend time with my oldest boy.  He's a great kid... 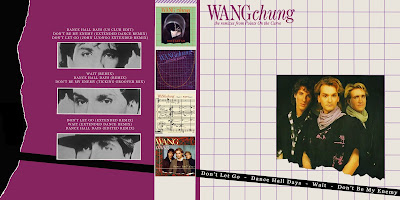 Email ThisBlogThis!Share to TwitterShare to FacebookShare to Pinterest
Labels: 1983, Points On the Curve, Wang Chung