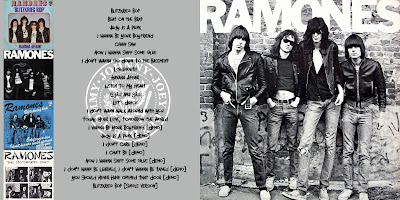 Already Been Deluxed - Day One - The Ramones

Before I got these remasters back in 2001, all I had as far as exposure to the Ramones was a few scattered 45s that I picked up because I loved the picture sleeves.  Sheena Is A Punk Rocker, Rock and Roll High School, and the I Wanna Be Sedated with the picture sleeve from the Times Square Soundtrack.  (Yes, I had to scroll through Discogs to get them right.)  But, that was it.

When the remasters came out, I was instantly drawn to all of the extra tracks that were on this, and all the rest of their albums.  Extra tracks are my Achilles Heel.  I have to have them.  I ended up with all of the albums that they remastered with extra tracks, and I fell in love with the Ramones like nobody's business.  They weren't just another Punk band.  They were definitely something more.

I had always thought that Punk was a British thing, but the Ramones (and Iggy Pop) showed me that they had created something that captured the spirit and energy long before England even became engaged.  I know that things were tight in Great Britain back in the 70s, and social unrest bred this genre.  But, unemployment and inflation and the energy crisis in America at that time created a new generation of people seeking to break out.  The failures and disgrace of Nixon followed by the anemic stagnation of Carter (and the disgusting monster called Disco) allowed artists to break out of their social classes and express their frustrations and express the life that America had condemned them to.  In a way, Punk was the Rap of the 70s, if you think about it.  They both reflect a life and lifestyle that others needed to identify with to ease the burden of society in their respective eras.

I would love to have been the one to compile all of the Ramones material for you, but unfortunately, they did it first.  This may possibly be the only Ramones album that I post, as it represents the academic work that was put into all of their remasters.  They did a stellar job, I couldn't have done better. So, until I post another "Already Deluxed" week, this may be all we see from them. 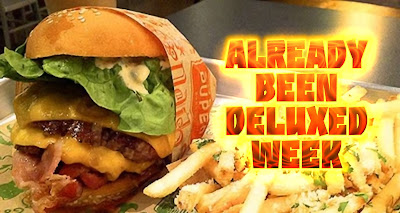 Email ThisBlogThis!Share to TwitterShare to FacebookShare to Pinterest
Labels: 1976, Ramones