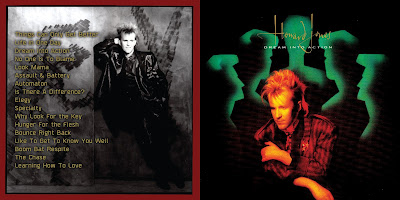 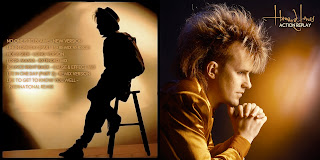 My favorite of Howard Jones albums, this one reminds me of my youth in Chicago.  It came out when I was in Junior High, and I had the cassette of Action Replay.  At the time it wasn't one of my favorites, but it was always a go-to when I was looking for something "normal" to listen to.

As I've aged, I have grown to respect the work that Howard did in the 80s.  Yes, it was Psuedo-New Wave Radio Pop, but it was all well written.  He worked with a number of talented producers and musicians, including Phil Collins, that helped to give true heart and life to his work.  Although some of the songs aren't too interesting, I can't say anything bad about them lyrically, their melodies aren't that bad, and the production was always tight.  He is a true artist and master at what he does.

I saw him live in 1999 in Chicago with Human League and Culture Club.  All three bands were great, but Howard was the only one who went out there without pretense, and just to have a good time.  He didn't dress up flashy, he didn't have the wild hair, and he was smiling the entire time.  He even brought his teenage son out on stage for a couple of songs.

I don't know how else to put it other than the guy is simply GENUINE. And I love that about him.