Fourth of July in the United States.... 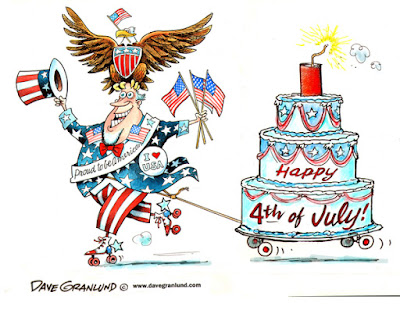 Before I start my next post, I just want you all to know that my family and I will be gone until Tuesday celebrating the Fourth of July with my parents and my siblings and their families.  We hope to have a great time remembering the founding and birth of our great nation.  Eating food, laughing together, watching the fireworks and taking that solemn moment to remember that we are only free because we fought for it and our ancestors blood was spilled so I could live and say and do as I wish. 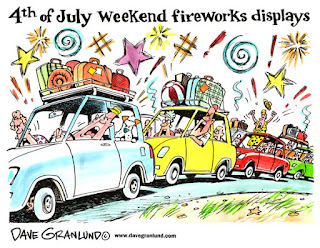 Now, this isn't a political blog, and I won't allow it to become one.  But, I have to say that I am a Social Libertarian/Fiscal Conservative/Pro-Life Originalist.  Some find it hard to believe because of my taste in art and movies and music, but yes, I'm that type of guy.  I am NOT a Republican.  I have no use for those spineless, lying turds who only say what we want to hear so they can get back to their cushy lifestyles in DC while the rest of us work our fingers to the bone, only to pay more and more taxes, and see more of our freedoms stripped from us - and no one says a word. 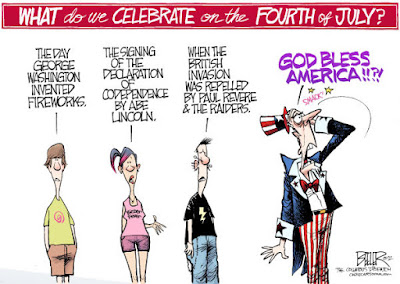 I blame it on the education system, the overwhelmingly biased media, and football.  People in our country are more concerned with who won "The Voice" last night than they are about the fact that the Democratic candidate for president is under investigation by the FBI for breaking the Espionage Act, failing to secure classified secrets in a government-approved facility or move them to a non-secure facility outside the government’s control.  This is a misdemeanor, punishable by a hefty fine and a year in jail.  But, nothing will come of it.  The political elite live above the law, and punish us if we don't live by it.

Don't even get me started on the Donald.  One picture is enough to know the guy is a joke.  How he has gotten this far is beyond me.  But, the Republicans in Washington are no better.  Lying cowards, all of them.

So here are our choices.  Two turds - one with corn and one without.  Which one would you like?

Again, as the cartoon above shows, I blame it on the cush American life, a shitty education system, and nefarious motives by the powers that be.

"We're still fucking peasants as far as I can see..." - John Lennon

So, remember this weekend what we as Americans really stand for.  No country is perfect, and America is far from it.  But, our form of government and society as intended is still the best out there.  We need to take pride in what we have, regardless of the stains on our past, because we have worked hard, and are still working hard to make it right for everyone.  And as long as we can remain free and keep the overwhelming forces of governmental tyranny at bay, we will eventually be able to clean those stains, learn from our mistakes, and take pride in who we are as Americans.

Have a great Fourth! 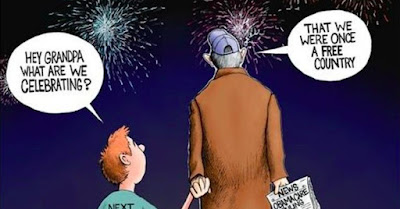