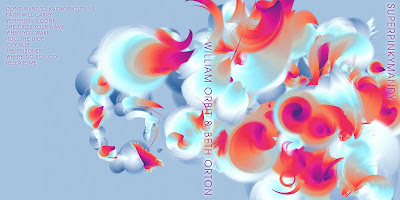 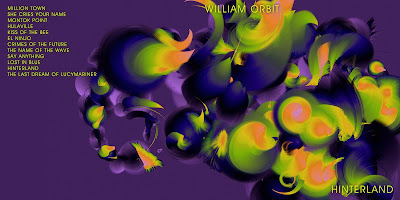 Always a fan of William Orbit, I was happy to listen to Strange Cargo III when it was released.  I instantly fell in love with Water From A Vine Leaf, along with a number of other tracks from the album.  Learning that Beth Orton had done the vocals, I found that she had also just released an album of her own.  Low and behold, it was also done with William Orbit.

I found that upon listening, the Beth Orton album - Superpinkymandy - was better than Strange Cargo III.  Her vocals are infectious and the melodies are catchy and traditionally Orbit.  It sounds as if it was an Orbit album rather than an Orton album.  His trademark blips and bloops, it's all there.  Great great stuff!!!!

The lead song on the album was originally released with Beth Orton and Orbit under the moniker of Spill.  There is a Rumble Mix and a Tumble Mix, both by Orbit, that are out there.  I don't have them digitally, so I was unable to put them on the Superpinkymandy disc.  If anyone has those two mixes, I would love to have them.

Two years on, I finally find that Orbit has released another Strange Cargo album called Hinterland.  Hooray!!!!  I can hardly wait to hear it!  I rush to the cashier, slap down my hard-earned, and run to the car to play this pristine disc as quickly as possible.  Press play...  Yeah, this song, Million Town is pretty sweet.  Lets move on to She Cries Your Name.  Hold on, didn't he already do this track with Beth?  Holy cow, he did.  This is sort of an "alternate version", I guess.  No big deal.  How about Montok Point.  Wait a minute!  This is ALSO an "alternate version" of another BO song called Yesterday's Gone!  Track after track I skip through the album to find the the majority of the album is a set of instrumental alternate versions of tracks he did with Beth.  Can we all say Retread?

BUT, come on, now.  It's William Orbit.  I listened to the album, and it's still good.  Every track is slick and true to sound.  Beth's vocals are great on her versions, but the tracks are equally good and in some cases better on the Hinterland versions.

Both albums are great individually, yet they compliment each other when they are together.  Put these two albums side-by-side in your WO collection, and listen to them together when you can.  The comparisons are awesome.

I didn't like the covers for either of the original albums.  Hinterland's cover was boring, and Beth's cover just looked silly, and didn't fit the music.  I took a stock image from the web and played with the colors, finishing them with a minimalist typestyle.  The covers befit the music, and add a layer of integrity to the two albums together.

Finally, I thought of putting some of the William Orbit remixes from the same time period on here, but they would've ruined it.  The only mixes worth it would've been the Madonna and Peter Gabriel mixes, but they didn't fit with the sound of the album.  Plus I fucking hate Madonna.  Ray Of Light?  Uhh... That's another story for another post...