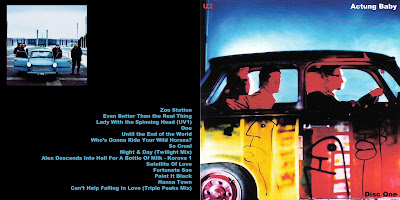 So, when this album came out, I didn't know what to think.  This was not the same U2 I had grown up with.  But, when the fans divided into two camps, I was in the camp that was more than happy to embrace their new sound.  There's honestly nothing that I can add to the discussion about the album as it's all been said.  But, as you can see, I became a seeker of the unknown, obscure and rare recordings from these sessions.

In this set, I've kept the original album, added the b-sides, included some of the unreleased tracks from the sessions, and picked the best of the jam sessions.  In my complete collection, I have hours of drum tracks, and take after take after take of the album tracks.  It's a bore listening to all of it, so I only saved the best.

Although they were created roughly about the same time, I've chosen to keep the Zooropa tracks as their own separate album.  I also haven't included any tracks from the "Baby" album, which I think is best kept separate as well.  It gets redundant if I tried mixing that "album" in as well.

Lastly, I put the remixes as their own disc on Disc Four.  So, essentially, the album is three discs long, plus the remix disc.  If you want the Baby Achtung Baby, you'll have to get it from Pirate Bay.  Or maybe later I'll post it.

Hope you enjoy this.  But I can guarantee one thing.  U2 is like pancakes.  At the beginning, they're fabulous.  But, by the time you finish, you're fucking sick of them.

Have a great Fourth! 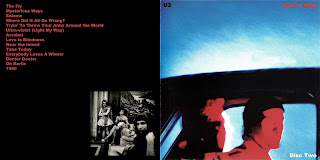 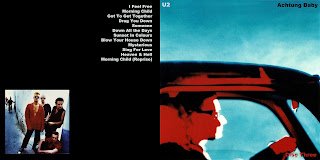 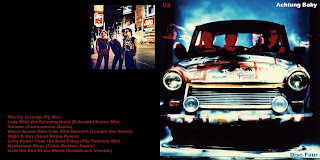 Email ThisBlogThis!Share to TwitterShare to FacebookShare to Pinterest
Labels: 1991, Achtung Baby, U2