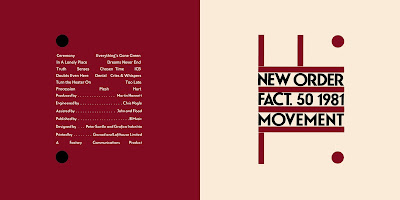 I didn't purchase this album until my senior year in High School.  Reason being, for the most part, at that time in my musical tastes, I had problems with a lot of bands "first albums"  I don't care for the first albums of Depeche Mode, Erasure, Pet Shop Boys, Skinny Puppy, Smiths, Beatles, Rolling Stones, U2, Sugarcubes, Peter Gabriel, Cocteau Twins, Shamen and INXS.  This list goes on eternally.  So, getting me to purchase a debut album of any group is sometimes a challenge.

But, I got this album and had a good listen.  It seems to be a cross between Joy Division and New Order, rather than NO proper.  Every track is dark, and the vocals are deep and low.  It took a while, but their songwriting skills really took hold and I knew they had a winner with this one.

They also released a herd of singles and EPs around that time, which I have included in this set.  In some places the tracks work.  In other places they don't.  For the most part, I think this is probably as complete a set as you can get for the time period.  I also popped Turn the Heater On into the set, which I feel is something of a rarity.

The original US release to this album was white and burgundy, so I opted to try that one out instead of the traditional blue standard.  I think I like it better this way.  I've also seen a navy blue version, with white letters and yellow lines and dots that looks good too.  I also found this version below on deviant Art that I really liked, too.  But, I think it might be too much of a departure, so I will probably use it for one of the bootlegs later on. 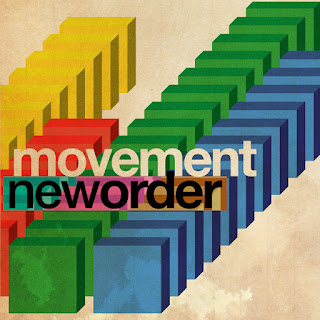