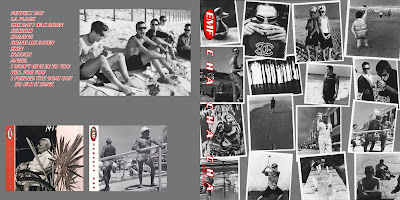 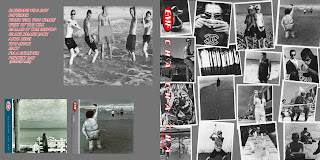 When EMF's first album came out, this is what I thought of them.  I didn't care much for Stigma at all, and I was hesitant to get this one, especially as it was an import disc and cost me 22.00.  They had the single for Perfect Day at the record store, so I tried it first, and really enjoyed it.  So, I bought the album....

This is actually a really good album.  Individually, all of the songs are well written.  The band had matured some, and seemed well aware that they weren't going to be the "Next Big Thing", like the band from my last post.  It actually seems to have some substance.  As a whole, the album tends to drag, though, as there aren't any real "singles" other than the first track of the album.  But, listening to it in bits and pieces works well, allowing you to focus on the few tracks you are listening to, rather than them all blending together in one long chunk.

The b-sides are all here, but I only put one mix on there, as it's the only one worth a crap.

And, is EMF the brother band of Jesus Jones?  I tend to think so, as I discovered them both about the same time and they are very similar in most respects.  Stevo answered it correctly, though, but he hasn't given me his choice, yet.  Grebo Guru came damn close, as I had forgotten about NAD.  Anyway, Stevo - you need to tell me what collection you want me to make soon, or I'll have to skip to the next person (and I sure as hell don't want to do anything with Spaceman 3 - Sorry Anon.....)