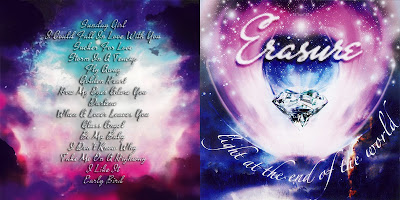 To me, personally, I felt that after Chorus, and more so after I Say I Say I Say, Erasure began a steady decline into mediocrity.  Each album continued to get more and more progressively bland, and I was less apt to listen to them enough to even recognize melodies or lyrics.  So, after the incredibly dull Union Street, and then suddenly Andy's releasing solo stuff, I figured "Well, I guess Erasure's done..."

2007 rolls around, and I see this incredible cover that takes me back to Wild days.  Holy cow!  In 2007 around that time, I had started getting bored with the Brit Rock stuff from the previous 4-5 years, and I was in desperate need of something new.  This album fit perfectly in that slot.

It's a great album, probably my favorite in the new millenium.  All of the songs seem happy, bouncy, and full of Vince being inventive and innovative.  Of course, Andy's voice is as good as always.  The melodies he created aren't as creative as previous, but they still have that definitive pop standard that makes it easy to remember the words and melody, so you can sing along.

I have the b-sides and a couple non-album tracks, along with 2 discs of remixes under the Stormchaser cover.  This one brings fond memories for me.....  Haven't listened to the new album yet (I'm downloading it now) but I hope it's a good one, too! 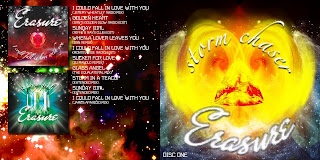 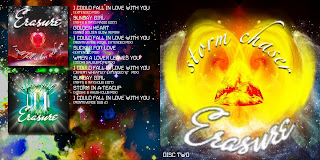 Email ThisBlogThis!Share to TwitterShare to FacebookShare to Pinterest
Labels: 2007, Erasure, Light At the End Of the World