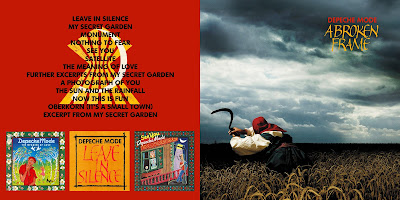 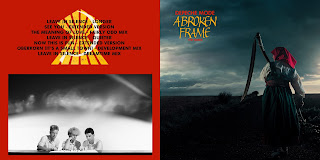 I got this album at the behest of a girl named Crystal in my English class my junior year.  I had just moved from Chicago and still having trouble adjusting to my new environment, when this hot girl who sat in front of me would turn around and talk, and we talked music and she said this was her favorite DM album.  Music For the Masses was still in my top 5 goto albums, and I had the People are People compilation, and a couple 12-inch singles, but at that time, that was about all the DM I had.  So, I went down and bought it.  Boy, was I disappointed.

There's nothing wrong with the album.  It's got it's own style and mood and pacing.  The songwriting is fairly solid, and the execution is pretty tight.  I like the album, in it's own way.  I was just used to MftM and then I go back in time and listen to this.  Something of a letdown. I know that Martin had just started writing the music himself, so he was still learning.  Good for him.  It's surprising that he started like this, though, and then gave us MftM and Violator within 8 years.  Incredible.

It took me some time to get used to it.  Within a year, I had it memorized and singing along with Dave.  Monument is by far my favorite song, for some reason.  (Gusgus's version of it is killer)  The rest of the tracks, quite honestly, all tie for second.  There aren't any that I like more or less than the others.

When they released their deluxe versions, again, as with all the rest, I was pissed with what they gave us.  THIS is how it should have been.