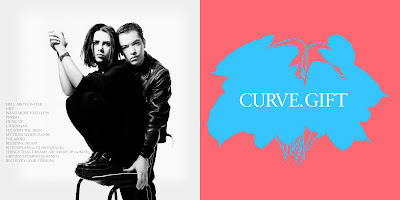 Oh, this one brings back such memories, and none of them good.  When this one came out, I was working at literally the worst job I had ever had.  I was a kitchen manager for a steak house, and I was working for a General Manager and a District Manager who were both brutal.  They were the bosses that you would see on an Undercover World's Worst Bosses reality show.  Common names I was called by these managers were dumbshit, stupid fuck, lazy ass and the likes.  They were never ever nice.  I cannot remember them being polite without cutting you to ribbons in the same conversation.

I also hadn't started my anti-depressant and anti-anxiety meds yet.  I didn't know I needed them.  So I would have these anxiety attacks that were blinding and debilitating, while also wanting to cut my own neck.  Sad thing is, I'm not kidding or exaggerating, either.

My wife and I had our first child, and we had just moved back to her home town.  This album came out, and having not cared for Come Clean, I was a little apprehensive about it.  But, having purchased it, and driving to my most hated job, all I could think about was wanting to be back home with my wife and child.  I popped it in the CD player and turned that fucker up as loud as I could.  That CD did not leave my player for about 10 days.  I memorized it.

My favorite tracks are Perish, and the b-side Recovery remix.  I liked all of the tracks, but those two were particularly cathartic for me.  The extra tracks from the other artists that Toni guest-vocalled on I didn't know of at the time, but they fit perfectly with the collection.

It's actually difficult for me to listen to this CD even though I love it, specifically for the emotions, memories and feelings it stirs.  Memories, emotions, and feelings I try my damnedest to keep buried deep.  I hope that one day I can use it in a healing nature, instead of wounding.