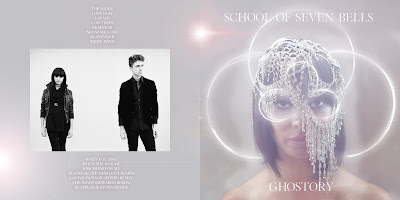 The group that used to be three, then it was two, and now it is one.  This is their last album, not their newest one.  I discovered this group just a couple weeks ago, and I am thoroughly impressed with their/her work.  It used to be two sisters and a guy, then one of the sisters quit the band, and then the guy died, and now it's just Alejandra Deheza doing it all.

Their newest album is probably better than this one, IMO, but I don't know if there are any b-sides or remixes yet for it, so I won't post that one until I completely know.  Until then, take a listen to this little gem.  I would file this one right next to Curve and Cocteau Twins.  It's a little dark, a little Indie, and a little synth.  But the pop hooks are killer and well executed.  Her voice is wonderful, and their style is right up my alley.

It's still too new to me to pick out favorite tracks, but the mixes are pretty good, and overall its an impressive listen.  Take a shot and let me know what you think.  Who knows, two years from now I may absolutely hate it.