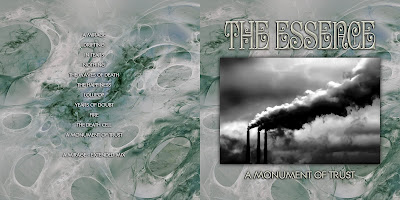 So, when you first play this album, one thing will immediately run through your mind...

And then you'll listen and say....

"Hey, which Cure album IS this?!  I've never heard it before!"

And then you'll read this post and learn that it's an album by a group called The Essence, a band led by Hans Diener from the Netherlands, and he looks nothing like Fat Bob.

In fact, if you want, you could pretend that you never read this post, and decide that you've just uncovered a long lost Cure album that was never released before.  And it JUST MIGHT WORK.

If you like the Cure, then enjoy.  It's a doozy.

Email ThisBlogThis!Share to TwitterShare to FacebookShare to Pinterest
Labels: 1987, A Monument of Trust, The Essence